Kicking off the activities in the first-ever Tanduay Rum Festival 2019 in Bacolod are exciting culinary and mixology contests that will have leading names in the industry as judges.

The finals of the Culinaria Competition will have Victoria Beckley, Benedict John Uy, Nico Millanes, Don Angelo Colmenares, and Sammy Nuarbe. Beckley is the Events Director of the World Gourmet Summit. She is responsible for bringing together top international chefs as featured chefs in one of the most-awaited gastronomy events in Singapore. She is also currently the National Sales and Marketing Director of Peter Knipp Holdings Pte Ltd in Singapore.

Industry veteran and multi-awarded chef Uy, on the other hand, is the owner of Planta Hotel, and Daily Skillet and East Bites restaurants in Bacolod. An Enderun alumni, Millanes is the owner of three restaurants—Terrasse Bistro and Portiko Café & Lounge, both located in Bacolod, and Catch of the Day at the Podium in Ortigas.

Colmenares, meanwhile, is the owner of Berbeza Bistro and has been a featured guest chef in various culinary expositions in the country, while Nuarbe is a broadcast journalist, who is also the owner of Bacolod-based culinary school, Great Harvest.

To be held on Aug. 17, the Culinaria Competition will have two categories: Savory and Dessert or “Postre” as they call it in Negros. Contestants will be challenged to create their own rum-infused dishes using locally-sourced ingredients.

Likewise, to be held on the 17th is the mixology contest where participants will get to show off their skill in bartending and cocktail mixing. One of its three judges will be mixology expert Ricky Paiva, whose 16-year career in the industry includes managing airport bars and opening a World’s Top 50 bar. 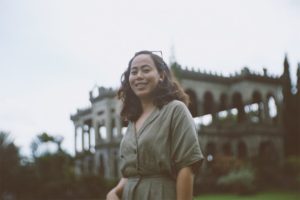